I was thinking about some of the folks who energized Knoxville radio over the years. The market was lucky to have some of the best in the business. What they did there and their successes in larger markets later solidified their place in the ethers.

A couple of them are still around Ktown. Dr. Al Adams got the most mileage out of 250 watts ever when he did the night show on WKGN in the '60s. Al and his sidekicks Willard Duck and Witch Hazel were frantic fun. John Pirkle was a different kind of success. "Johnny" was really good on air at WNOX and did a fine job programming it. His real contributions came as he designed AOR W149 and then bought that Oak Ridge FM that became a flamethrower, which he later sold to the WIVK ownership.

I think the guy with the best innate sense of how to reach listeners though, might have been the late Allen Dennis, who was a WKGN standout and then became the morning man on WMAK when George Mooney bought that Nashville station. Allen wasn't flashy, but you couldn't turn him off. He connected at heart level.

Claude Tomlinson had a longtime successful home at WIVK and was absolutely beloved by his listeners. Bobby Denton did very well there too, from personality to program director to general manager.

Joe Sullivan arrived at WKGN with his mattress strapped to his car roof. It wasn't long before he was the station program director, then PD at WMAK and Mooney's national PD. He got into concert promotion in Nashville and did a handshake management deal with a young singer named Charlie Daniels. He finally was making too much promoting to stay in radio; his "Sound 70" company having taken off.

Dave Diamond preceded Joe and went to St. Louis and the west coast. He had a national reputation.

I brought in a morning man and named him "Jefferson Kaye". He went on to Buffalo, Cleveland, Philadelphia and Denver before settling in for a decades long run in Boston under his own name- Loren Owens.

Still, whenever I think of Knoxville radio, I always remember the late Sonny Knight. He was one of the kindest, hardest working and genuine radio people I ever was privileged to work with.

Thanks for hangin' with a Possum named Riley and may God grant us all a better 2021. 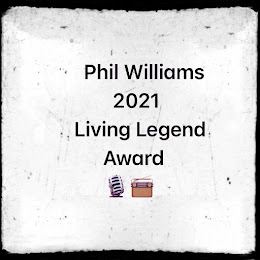