In the history of radio mankind (Ktown anyway) nothing was more elusive but sought after than the 15Q button.

Radio icon Alan Sneed aka Alan Douglas was tasked with chasing after the button, along with many other duties on 15Q. AD had remained on the air force that had morphed from W-149. This was the year of the Lord 1976! 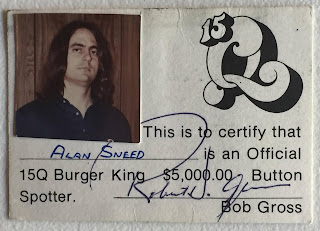